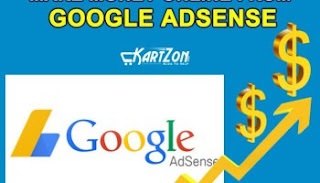 In this guide I am about to show you all what you need to know about Invalid traffic adsense for content,when are Adsense earning finalized and many more keep reading.. .. …
Table of Contents

Estimated Earning is the amount you accumulated all through the month in your AdSense account. This is the the actual amount you are gonna be paid.
Your estimated earning will go through AdSense review to make sure the earning has nothing to do with Invalid traffic adsense for content.
And if it doesn’t it will be move to your finalized earning  and if it deos it’s gonna be deducted.
Advertisers would not be charged for the invalid traffic or clicks that were counted on their ads. So, as the advertiser was not getting any valid exposure from your ad units, all the earnings thus made will be considered as invalid.
(I. E) assuming you buy traffic or get traffic from fake source or you get any fake click on your Adsense then your estimate earning will be deducted before moving to finalized earning.
So when you see your finalized earning different to your estimated earning that’s the result of the invalid click on your Adsense

√don’t miss: how much to host a website in Nigeria
let’s look the main reason and what cause it.

Buying invalid traffic or getting traffic from fake source

Invalid traffic are are traffic get from invalid source
Sure invalid traffic will cause invalid clicks on your Adsense
Example when you buy traffic online
Many platforms that sales traffic online trends to send bot traffic to your site and this will increase the chance of invalid click on your Adsense
Google Adsense are smart and strict to the extend that they are ready to track where your traffic is coming from.

Repeated click is when a visitor on your blog start click on your Adsense many times repeated.
To say the truth that look spammy because Adsense will think this is your doing that is you are the one doing it in other to increase your  earnings
And this might result to making your fanilized earnings be different to your estimated earning

Placing your Adsense into the wrong place leads to invalid clicks
Equally if you have ads beside, above or below images it can be seen as an invalid activity.

√don’t miss:
Introduction to black hat seo and all what you need to know about it
Don’t place AdSense large banner ads above your site header.
Your blog readers might click on them incidentally, leading to invalid activities.

√don’t miss:
major different between a website and a blog
I have seen this on many site where the site owner do encourage visitors to click on their ads
For example some bloggers be like {Pls click on my ads below, }
This is really wrong thou everybody wants to earn alot  of money but don’t earn my encouraging clicks on your website
Earn alot by driving alot of traffic to your site then the genuine click will come itself

Sometimes your website users do stumble upon your ads and clicks on them without the actual intention of doing so or by mistake.
This is called accidental click on ads.
Accidental clicks on ads do result on permanent suspension of Adsense accounts in years back but currently they only result in deductions of the accumulated earnings from the accidental clicks.
And this can be cause by Placing too many ads in a website or encouraging cclickson your website
Many bloggers get the idea of telling their friends and family to click on their ads who’s is a bad practice and highly Against google plolicy.

√check out
By now I think you should have known why your estimated earning is different from your finalized earning and you should have known what is causing invalid traffic Adsense for content on your blog
Is the article helpful?  You can share your thoughts on this post through the comments section. don’t forget to subscribe to our newsletter and share with friends